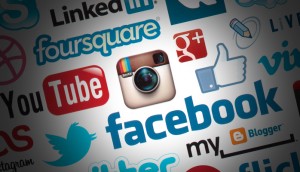 I’ve noticed a trend on social media, and I’m sure if you manage your company’s accounts…you’ve noticed the same trend as well. Social media is dying as we used to know and use it. A tweet doesn’t “stick” like it used to and a Facebook post doesn’t get nearly the same exposure as the old days.

Now-a-days when you post to a social media outlet it’s like throwing paper out the window and hoping someone picks it up. As more and more people create social media accounts, the more the feed gets cluttered. Let’s face it, we just don’t have the attention span to digest everything anymore. When was the last time you really paid attention to your twitter feed? Or do you just exercise your thumb by mindlessly scrolling through it?

With all the changes to social media, social media has now become just another form of advertising. Think about it, to have any chance of engagement on Facebook, you’ve got to boost a post by throwing money at it. The same goes for the other platforms as well. You’ve got to pay to play.

For example, just yesterday I posted on twitter “Is social media for business dead?” A question that 3 years ago would of sparked a great debate with dozens of responses. Yesterday, one person replied. In order for me to get the same response as a few years ago, I would need to continue to pester my followers asking the same question in different ways over time hoping that more and more people will see it and engage. By doing this, I run the risk of annoying my followers. Honestly, who wants to see the same thing over and over again?

If you’re a small business owner scratching your head and wondering why you’re not getting the same response, engagement, and reach on social media…it’s time to think about a new strategy: paying for social media ads. The wonderful thing about social media ads is that if they are done right, they are extremely effective.

More to come on how to master social media advertising!