Should a Startup focus on Social Media? 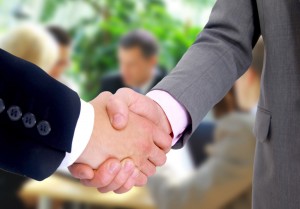 There’s still a lot of buzz about being on Social Media. The idea that you’ve got to blog, post, tweet, like, share, favorite, film, etc. continues to be in the forefront of every startup’s mind, but as a startup you are limited by two finite resources: time and money. Generally when one runs out, you’ll be faced with going out of business. So how are you going to manage your resources?

Startups generally turn to social media to gain traction and build an audience, but the harsh reality is that it takes 100’s of hours to do so. What’s that popular saying? It takes 10 years to become an overnight success, which certainly also applies to social media.

You know what a lot of these young entrepreneurs tend to forget when launching their new company? Good old-fashioned hand-to-hand combat. Hitting the streets, shaking hands and kissing babies. There’s an aspect to in-person networking that social media just can’t touch. You know, that genuine feeling that you get when you shake hands with someone and engage in a five-minute conversation. You just don’t get that with social media.

So remember kids…don’t forget to get out from behind the computer and go meet some real live people out there in the wild.